I went to see Dreamboats & Miniskirts at The Churchill Theatre in Bromley this week. It is written by Laurence Marks and Maurice Gran who are the team behind well known tv series such as Goodnight Sweetheart and Birds of a Feather to name but a few.

For those of you who don’t know this is the sequel to the well known Dreamboats & Petticoats. I personally hadn’t seen this musical before but it is still touring after having its debut at The Churchill in February 2009! I was a little concerned I wouldn’t know what was happening in the sequel but needless to say I didn’t need to worry as it drops in all the necessary information within the early stages of the play.

Set in 1962-1963 the story follows on from Laura and Bobby’s musical success some 18 months before but shows them being torn apart by the fact that Laura is more successful as a sole act than Bobby. Bobby rejoins his youth club band and they tour the country looking for musical success. 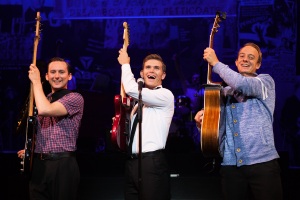 The amount of fantastic songs throughout this production is brilliant, I found myself tapping, singing and nodding along to every single one including classics such as, House of the Rising Sun, It’s in his kiss, Twist and shout and more. All the cast have fantastic voices, my favourite being Anna Campkin who plays Donna who’s singing and acting was natural and seamless. Also to note are the saxophone players, Chloe Edwards-Wood and Laura Sillett who play alongside a fantastic Trumpeter Joseph Hardy, this trio worked tirelessly all night with their excellent playing and acting.

I must admit to find the story line a little ‘loose’ and some of the acting fairly ‘stage school’ but the numerous well known songs, the casts tireless singing and musicality really do make it an enjoyable production.

Dreamboats and Miniskirts is at The Churchill until 10th October. Get your tickets here. 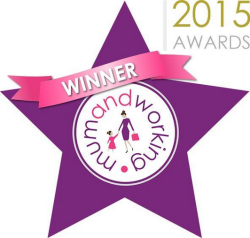